The Plot Against America Spoilers 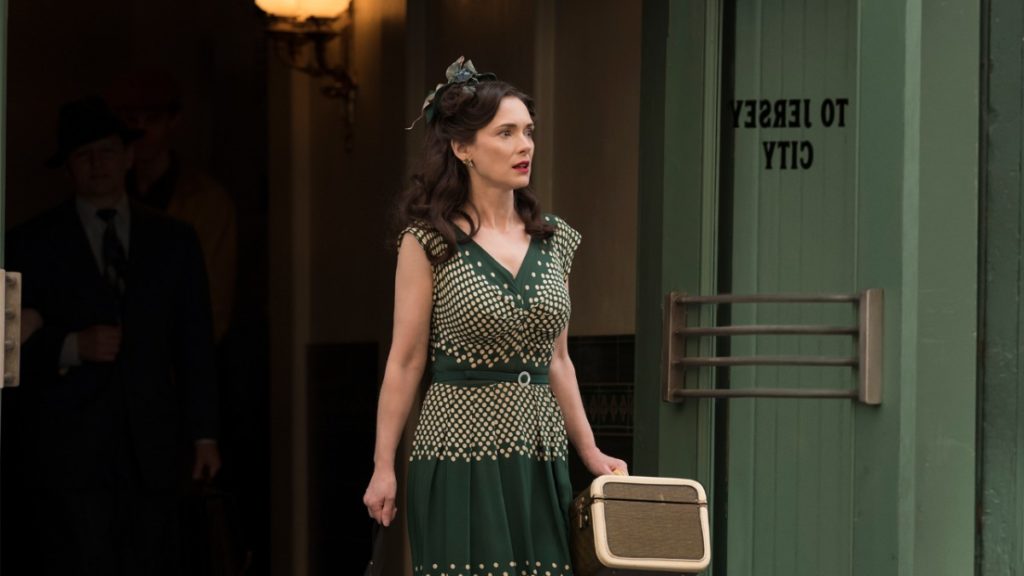 Evelyn (Winona Ryder) and Bengelsdorf (John Turturro) receive an invitation from Mrs. Lindbergh to a state dinner for Nazi Germany’s foreign minister, as Evelyn makes Sandy the face of the youth assimilation program. Back from war, Alvin (Anthony Boyle) takes a job at his uncle’s warehouse. Philip (Azhy Robertson) is traumatized by a death in the neighborhood.

Thomas Schlamme directed the episode and David Simon & Reena Rexrode did teleplay for the episode. The Plot Against America Season 1 Episode 4 airs on April 6 at 9|8c on HBO.